Many parents have concerns about how long their child should be spending using technology, devices or watching screens. In the past, various organisations, including the American Paediatric Association, suggested ‘screen time’ limits for children based on their age. However, as not all ‘screen time’ is created equally, these time limits are no longer suggested.

There is no scientific evidence to suggest that screen time is the cause of eye damage or short sightedness, nor that blue light given off by screens is harmful to eyes. There is evidence, however that

• excessive use of small screens can cause digital eye strain
• children who play outside are less likely to develop shortsightedness &
• using screens close to bedtime may contribute to poorer sleep, which leads to poor concentration levels.

The Association of Optometrists recommends the ’20-20-20′ rule: every 20 minutes, focus on something 20 feet away, for 20 seconds. 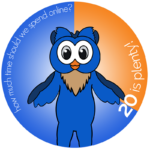 At Clearwater Bay School, we have launched a ‘20 is plenty’ initiative to help teach our students that time focussed on a small screen should be kept to a maximum of 20 minutes. We would encourage parents to use the language of ’20 is plenty’ when setting screen time limits at home.

Television and movies
When children are watching television or movies, these will often last longer that 20 minutes. In these cases, we would encourage children to be balanced when watching large screens and spend time outside too!

Homework
When children have to work for longer than 20 minutes on a computer for home learning or other creative tasks, we would encourage a ‘get up and walk around’ break every 20 minutes. Again, children need to balance this time with time spent outside and playing.

However, we believe that 20 minutes is plenty of time for our children to be using a small screen, and will be promoting this with the school community throughout 2018.

This website uses cookies to improve your experience while you navigate through the website. Out of these, the cookies that are categorized as necessary are stored on your browser as they are essential for the working of basic functionalities of the website. We also use third-party cookies that help us analyze and understand how you use this website. These cookies will be stored in your browser only with your consent. You also have the option to opt-out of these cookies. But opting out of some of these cookies may affect your browsing experience.
Necessary Always Enabled

Any cookies that may not be particularly necessary for the website to function and is used specifically to collect user personal data via analytics, ads, other embedded contents are termed as non-necessary cookies. It is mandatory to procure user consent prior to running these cookies on your website.